How to get rid of PROCRASTINATION 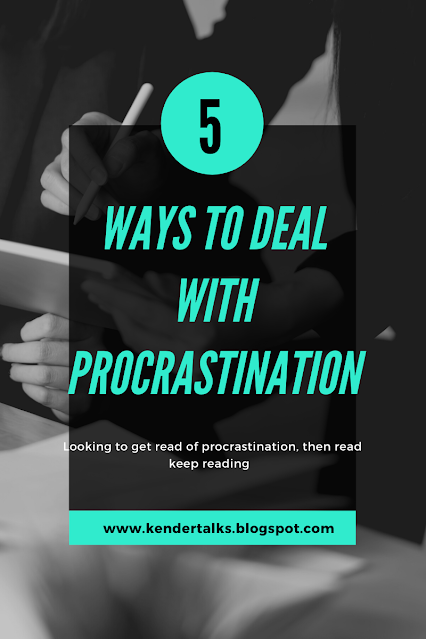 Almost everyone struggles with procrastination. It becomes very detrimental when it constantly stops you from getting work done.   It’s the bane of some Entrepreneur, because they have to double as so many things/positions and it becomes very easy to keep pushing away some daunting tasks. This is literally the reason why so many people under achieve and shut down after the first 2-3 years of operation .   Tasks that we could get done in 5 minutes could take us months to achieve because we keep putting it off and relegating it to some other time that never comes.  I used to be a pro at procrastination. (Well I still get caught up in it once in a while but not so often in a way that allows my work to suffer). I could actively put up an itinerary for the day and at the end of the day I could only tick off one itinerary because I kept pushing back the important tasks and found joy completing the very easy one(s).  If this is your daily practice or you also find yourself (once in a while)
Post a Comment
Read more

Why Every Entrepreneur NEEDS an Accountability Coach 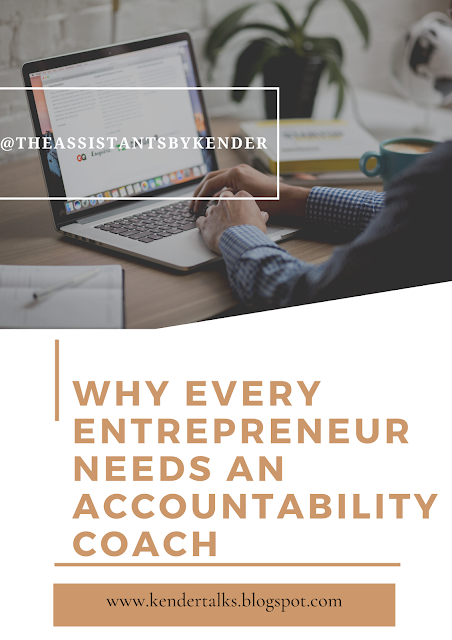 Entrepreneurship can be quite frightening, difficult and overwhelming especially if you just started out. The journey can sometimes be very lonely and you constantly have to deal with that inner critic that keeps telling you that you’re on your own and you have to succeed at all cost (and that’s the bitter truth).  Once you set out to run your own business, success is hugely dependent on your ability to not just execute and deliver but to also push yourself to do new things, meet deadlines and handle every challenge that comes along the best way possible.  It’s worse off when you have to work from home. The “anxiety syndrome” of not seeming to do enough creeps in and it can be quite a daunting position to be in. It’s no wonder nearly half of all startups fails after the first few years.  However, the situation doesn’t have to be so. Just because you are now on your own doesn’t mean you have to work in isolation or be alone with no support. This is where an Accountability Coach come
1 comment
Read more 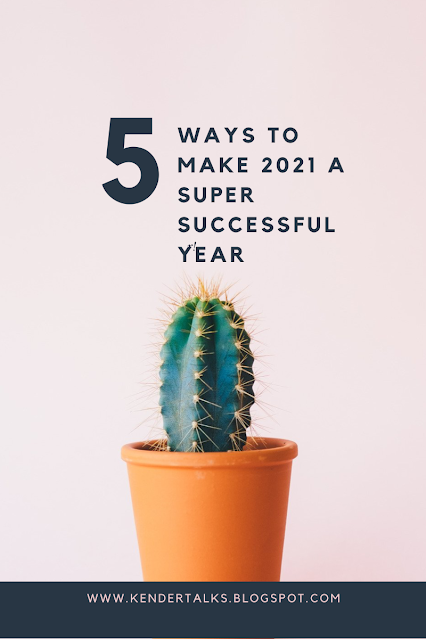 Prior to this post, I had wanted to write an open letter about 2020 and how cruel it had treated me and everyone I know. However, after I had written it and upon editing I realized that 2020 had just 3 days left and I shouldnt be fussing over a year that is almost over, instead I should plan on making the coming year a better one. I have learnt quite aot in 2020 and those essons were instrumental in getting through the year and making some sort of head way even in the midst of crisis and all the turmoil. So here are my  5 ways to make 2021 supper successful in both your professional and presonal life. REVIEW THE PAST YEAR How did you fare in 2020 (professionally and personally)? In other to prepare for a successfu year, you must be fully aware of where you are at the moment and identify what worked for you and what didn't work. This will help ypu know where to start and help you determine where you are headed. If you are headed in the wrong direction, then its time to take a turn
Post a Comment
Read more

Are you ready to take charge of your life? 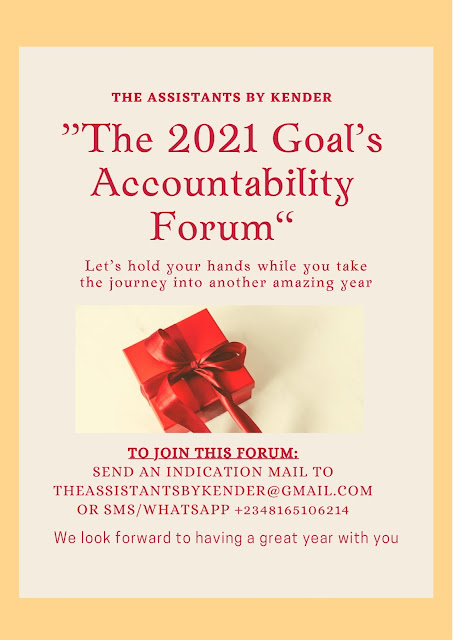 Are you ready to  Take charge of  your life ?   To succeed  in life or just at anything , you must be  held accountable  for your actions and have support in achieving your goals.   That’s exactly what the ''2021 Goals Accountability Forum'' is all about. To help you be  more accountable ,  support you in  achieving your goals, and  guide you  in not letting life’s curveballs ruin your life anymore.   Say goodbye to the overwhelming feeling of minimal success and take  control  of the obstacles that are standing in your way.   With our accountability coaching  forum , you can finally  create  a routine that allows  for  maximum productivity and  identify  ways to reach the professional and personal  goals you’ve always dreamt of.   This forum is broken down into 3 parts: ➢  LEARN Our accountability coaching program will not only help you learn  about yourself personally and professionally, but you will be held  accountable for your actions and choices every step of the
Post a Comment
Read more

5 Ways To Get Out Of A BAD Mood 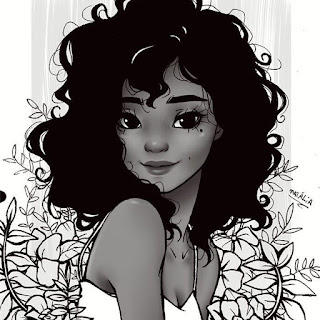 We sometimes get into a really bad mood either after having a conversation that didn’t end well, a work meeting that ended on a sour note, a bad hair or dress day or even having a bad mood that you have no clue at the moment as to why you feel so moody or sad.  These feelings can longer and end up ruining the whole day and disrupting a great opportunity for us to live this wonderful life. After the words “Once today goes by, you can NEVER get it back” sank deep into my consciousness and even my sub-consciousness, I take the most of each day and try to enjoy this life.  So here are my 5 ways to snap out  of a bad mode quickly.  1) Acknowledge the reason that put you in a bad mood. Now this is not the time to address it. It’s just for you to recognize that you are in a bad mood and what is causing it.  2) Change environment. Stepping away from the surrounding or change of scenery is the next best step to take if you want to get out of a bad mood. Remaining at the same place can cause you
Post a Comment
Read more

Rainbows in my cloud 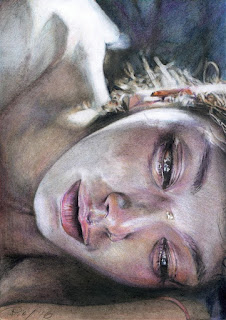 It was barely noon as I could tell from the darkness that still engulfed the room and I was still seated at the same spot I had been for the last 8 hours. The liquor bottle was half empty and I couldn’t see well enough to notice exactly what the time said. The red light beeping on my phone was an indication of either missed calls or text messages I had to respond to but I had no strength for either.  I tried lifting my self from the chair but the headache I felt out weighed my urge to stand. I couldn’t keep up with this. This has been going on since I got back from work four days ago. The wordings of the letter still appeared to me like an apparition. The years I had put into working overtime, late nights, failed relationship due to a demanding job and even unplanned out of town trips were all in vain. Seated in a sweat drenched pajamas, 34, single and with no job.  As these thoughts kept flooding my mind, I felt more depressed, drowning and almost suicidal. I had no idea where to star
2 comments
Read more

Lessons from the Lantern 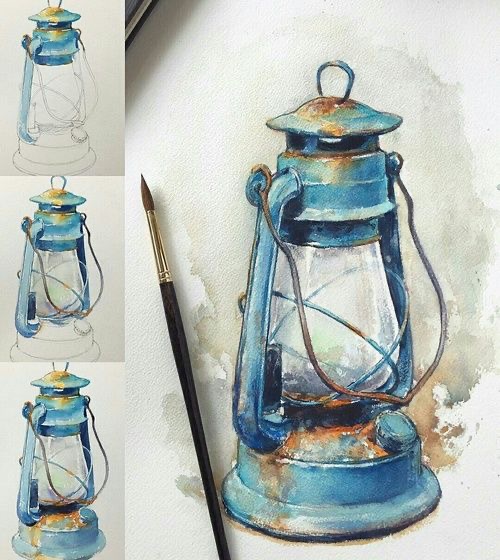 Re-living childhood, the globe of a lantern was as precious as a golden ornament that is not to be toiled with. I was the careless one out of the three kids my parents had so the revered duty of washing the globe was assigned to my elder sister and she did it diligently. Every evening at exactly 4pm, she would assemble the two lanterns we had and carefully washed the glasses which availed us the luxury of enjoying an unsteady flickering brightness  when power went off. She was not to be distracted as she carried out this duty so as not to break the glass. I was also smart enough to steer clear while she performed this ritual. Not even in my wildest dream did I imagine that this chore will ever pass by and not to be observed by kids now.  Lucky them some would say, but I say it’s a shame that they were not opportune to learn this lesson the lantern taught my sister and I.  Unknowingly to us, we learnt so much from the lantern that as the flashes of nights spent around the flickering lig
Post a Comment
Read more
More posts